Death Tribe is the creation of Anthony Kaoteon, a man already recognised for his music with the fierce black/death metal of Kaoteon. Death Tribe stands apart from the driven musician’s past endeavours however; it’s his most powerful, most personal, most dynamic outpouring of creativity to date. The roots of Death Tribe lie in Anthony’s early life in Beirut, living in the shadow of war, tyrannical oppression and stifling religious doctrine. Rather than being crushed by the figures of corrupt authority that loomed large in his life, Anthony Kaoteon got angry and inspired. He escaped from Beirut to Dubai where he formed alliances with other dissidents and poured all of his defiance and rage into writing one remarkable album – Beyond Pain And Pleasure: A Desert Experiment. 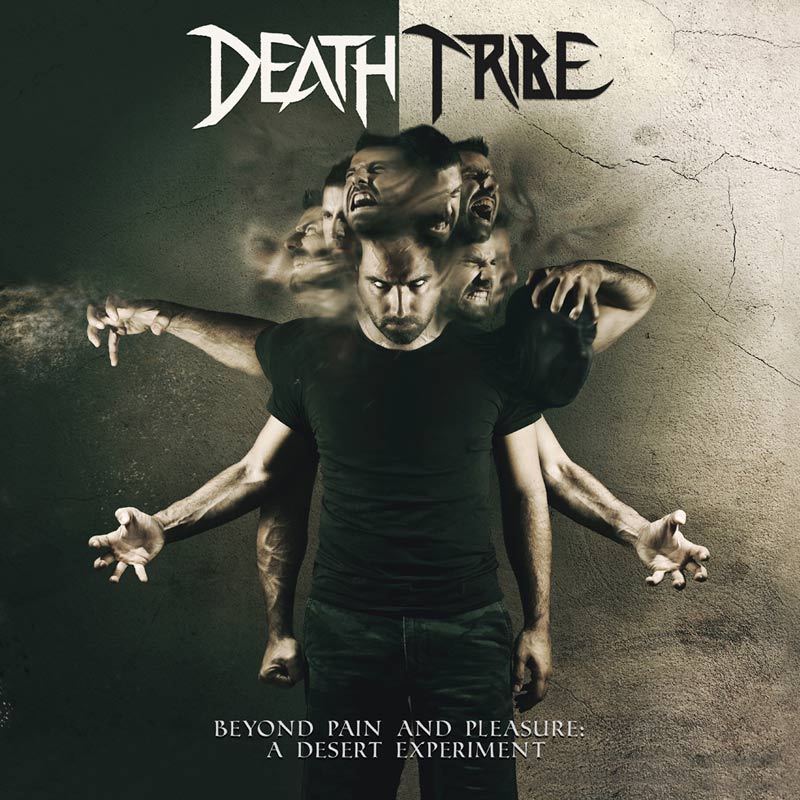 ‘Hollow’ is the track that opens Beyond Pain And Pleasure..., a fury fuelled response to the servile weakness of humanity, a defiant roar in the face of those whose only desire is to conform and submit. The nightmare images of the video were created by Costin Chioreanu, noted for his work with Arch Enemy, At The Gates, Grave, Enslaved and many more.

Anthony Kaoteon has shared his thoughts on the remarkable marriage of music, images and message that make the ‘Hollow’ video so powerful:

“This is a spit in the face of human weakness illustrated by the great artist Costin Chioreanu. We are spat out of the womb and live a life of submission, drowning in misery, tears and shame. For every man is hollowed, just like his idols, who are a waste of oxygen and time, until the day they cleanse themselves from these preset ideologies, be saved from darkness and resurrect as black-hearted independent idiosyncratic lords.”

Watch this trip through dreams of horror, thrill to the furious metallic assault and listen, learn and rebel!